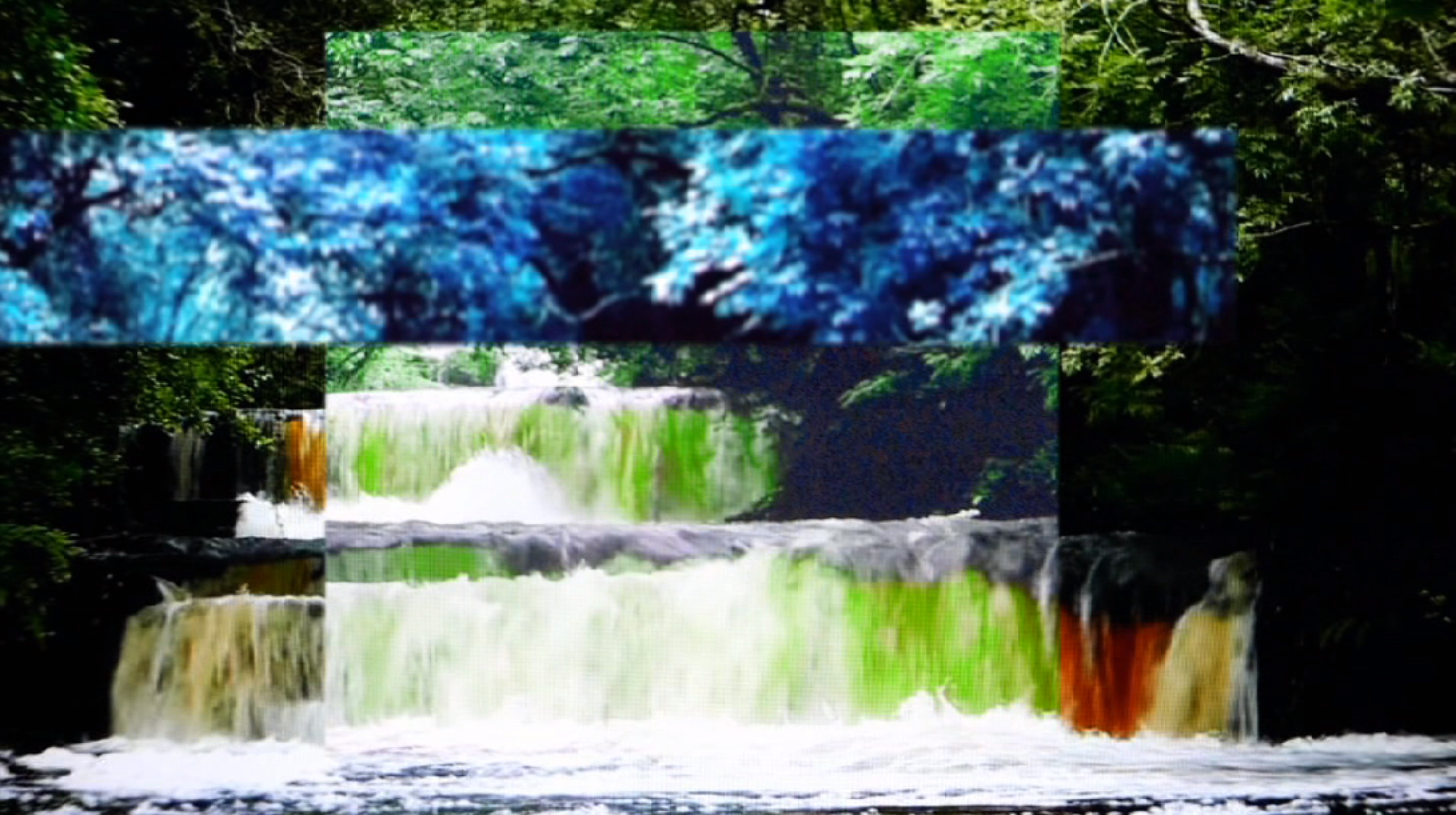 Artist Charlie Tweed spoke to us about how he re-appropriates digital material in his work, and the inspiration behind ‘Oporavak’, one of two new, unlimited edition prints he has made for Infinite Multiple.

Infinite Multiple: Your recent work considers our relationship to our machines, and how our lives and environments are being transformed by technology. Where does your interest in this subject stem from?

Charlie Tweed: I have been interested in the human relation with forms of machine for some time, and this interest originally came from research into new forms of control and how they are enabled by contemporary networked technologies and their modulations of affect.

In this context I have interrogated research on machines and their relations to control including writing by Brian Holmes on the concept of the electronic noosphere that now surrounds the earth’s biosphere, Deleuze and Guattari on control societies, informatics and notions of the dividual and also work by Benjamin Bratton and his concept of the stack. All of these theorists think about the complex machine assemblage and layering that we as humans are part of, this layering of technologies includes satellites, cabling, raw materials and the user interfaces that we interact with.

I am interested in the complexity and vastness of contemporary technologies, the blurring of the physical and the virtual, as well as the affective qualities that emerge in the modulation of image, sound and video. As an artist I try to produce works that address and critique these conditions and sometimes employ design fiction to highlight future enhancements and alternative approaches to machine relations. In some recent works I wanted to produce videos that are themselves forms of subversive machine or proposals for self-reflexive machines, whose artifice and use of editing techniques and effects is exposed whilst employing effective tactics to manipulate the expectations of the audience.

IM:  And how much is science-fact rather than fiction in a piece such as ‘Oporavak’ (pictured) where you highlight how data and imagery can be manipulated through today’s technology?

CT: The script for ‘Oporavak’ is almost entirely appropriated, and then adjusted, it is taken mainly from information recovery companies, the adjustments that I have made in terms of the text and the visual material, bring into view a suggestion that everything can be manipulated both physical and digital, just as the film itself is the result of these methods.

Whilst there are some clear science fictional elements added, the ability to constantly manipulate digital materials is of course genuine and the possibilities of future forms of hybrid computing and the manipulation of biological materials is an actual possibility.

On another note the use of fiction as a method in the work is important as a way for speculating on the potential futures of technologies and our relationship with them and also as a way for me to take on different perspectives and personas within the work. The production of fictions plays an ever increasing role in contemporary culture whether that’s in terms of product and brand mythologies, the creation of financial derivatives or the machinic fictions that are generated on a daily basis through fake social media accounts and post-truth conditions.

IM: Where does the title ‘Oporavak’ come from?

CT: In recent video works I utilise mainly appropriated materials, and the process that I use is often similar to translation, taking these waste digital materials, depleted and poor images and then adapting and recontextualising them. The title is part of the same process. It takes the word ‘recovery’ and translates it a number of times in various languages. ‘Oporavak’ was the final translation that I ended up with. I liked the word because it is also interpreted as ‘convalescence’ from an illness, or a return to normal health, which ties in well with the video’s proposal for improving all sorts of digital and physical things and the adapted use of hypnotherapy in the final section.

IM: Why do you choose to re-appropriate found material in your work?

CT: These works emerge from the conditions and transmissions of our digital culture and networks, as well as ideas of bricolage, remix and recontextualisation that have been a part of online culture since the start, and is integral to platforms like YouTube, so for me it makes sense to use material that already exists as my raw materials. Often scripts are sourced from all sorts of technology websites, software testing handbooks and marketing agencies, In terms of text I am interested in the possibilities of highlighting and reconfiguring this language. In a new work I am using various tools to randomise my scripts, using a large body of re-appropriated material and this is providing some really interesting results. As an artist I want to perform as a sort of translation machine, taking these materials and reconfiguring them in subversive and unexpected ways, often becoming proposals for actions that were never intended by their creators.

For the ‘Oporavak’ print the image has been composed from a number of sources within the editing software, it is a representation of an incomplete image. We can make out a burning car, and perhaps create a fictional context from a real event, but the source of this image is also purely a construction. The black stripe across the centre of the screen only allows the viewer a sense of what might be taking place, the origins and geographical locations have been intentionally obscured.

CT: Right now I am showing a video work in the ‘Visions in the Nunnery’ show at the Nunnery Gallery, London, which runs until 25 November. I am also working on a set of new projects including a video series where I am exploring some new approaches to formulating scripts using various randomiser algorithms to translate appropriated text material into unexpected forms.

I’m also working on a new performance lecture (which might become a film). This work re-appropriates two images that were taken during a past residency in the Czech Republic and rewrites their past and future history.